Christmas 2008 was epic. And I mean epic in the true sense of the word, not like how snowboarders and ultimate frisbee players use it. The holiday kicked off on 14 December when my mother, father, and younger brother Peter flew in to Vancouver from Dunedin. Twenty-odd hours on a plane didn't seem to affect them because they were eager to partake in all the outings and sightseeing that I'd planned: shopping in Gastown and Chinatown, an evening at the botanical garden to see the light festival, strolls through Stanley park, a day at the aquarium, and snow shoeing on Cypress Mountain. In short, lots and lots of walking.

While they were only visiting for a week, I managed to capture a few highlights before we all flew to Kansas. Enjoy.
Posted by Jamie at 8:33 am 2 comments:

To Do, or Not to Do. That's Not Really a Question. 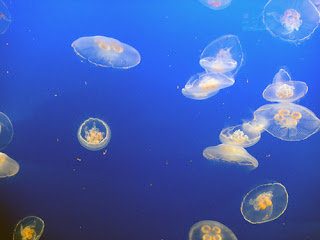 I really should be working. Not that it's anywhere near office hours, nor am I even in the office, but I should still be working. There is so much on my proverbial plate that I'm running out of room for all the proverbs. Usually, I'd have a good excuse to procrastinate, and that good excuse is named Ami. "Oh, Ami's home. I can't work on this website anymore;" or "Whoops, accidentally met Ami at a bar, guess I'll have to put off the laundry;" or "Ami! Let's dance!"

However, I can't blame Ami because Ami is in New York. She flew out yesterday to surprise Holly and Scot who would have just arrived a few hours before her. They are on a long-overdue holiday and will be flying to Vancouver early next year to stay with us. The whole surprise operation was very Secret Squirrel. She told a few of her friends here in BC, but other than that it was hush-hush. It become increasingly difficult the closer she got to flying out, though. By the time she left for the airport I thought she was going to wet herself. Maybe she did for all I know. Hell, I did.

But back to my predicament--I should be working. Instead of blaming Ami, or the fact that we were entertaining guests (we just had a fantastic week with Ty and Dharlia), I'm just going to have to face the fact that I would rather be goofing around. Not that the work is boring, mind you. It's not. I got a paid gig writing for a web design blog and I'm gathering more clients through my new freelance business. There's a lot of good, solid work to be done. I just don't want to do it.

So while Ami is in New York, I'll be updating you on what's been happening these past few weeks. Aren't you lucky.

Not right now, though. I'd rather do something else.
Posted by Jamie at 4:36 pm 1 comment: